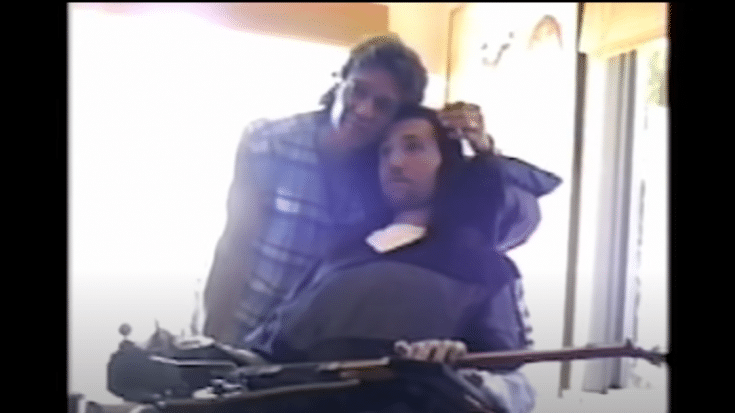 Jason Becker has just shared a previously unseen video on his YouTube channel. This was filmed on August 31, 1996 when Eddie Van Halen paid him a visit at his home in California. Becker was diagnosed with Amyotrophic lateral sclerosis (ALS), also known as Lou Gehrig’s disease. Aside from showing him support, EVH also gave Becker a guitar which Eddie “named it after my son, Wolfgang” and recorded an ALS awareness promotional video.

Becker has nothing but praises for his fellow guitar legend, “Eddie was such a beautiful person. He was incredibly kind to me and my family. Not only was he my biggest influence, he had such a huge heart. He honestly saved my life.”

According to Van Halen News Desk, when the Ice Bucket Challenge went viral in 2014, EVH was challenged to do it but he wanted to do something that’s less public which is why he gave a donation . Becker said back then: “It doesn’t matter. Eddie has done so much for me. It is incredible how much he has helped me and my whole family… So, [Eddie] doesn’t have to get wet.”