Netherlands Was Shook With Guns n’ Roses ‘Back In Black’ Cover 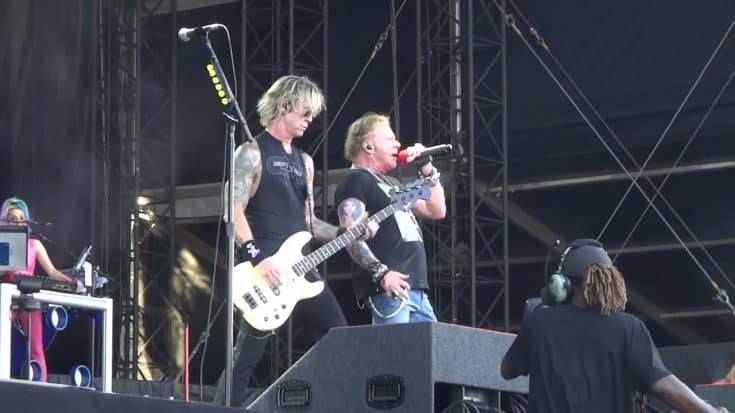 Guns N’ Roses has once again surprised their crowd with a performance of AC/DC’s classic “Back In Black” on June 23 at Stadspark in Groningen, The Netherlands.

The legendary band debuted their rendition of “Back In Black” during their stop at the Benito Villamarín Stadium on June 7. Days after they added some AC/DC hits to their set list on their June 4 show at Passeio Marítimo de Alges, Oeiras in Portugal, where they performed their cover of “Walk All Over You.”

The Netherlands stop is a part of the band’s European tour. It was a treat for the audience as Axl Rose sings the song just like when he briefly toured with AC/DC in 2016, when Brian Johnson had to leave after doctors told him he might lose his hearing and while 40-year bassist Cliff Williams announced his retirement.

“I mean, under the situation that we had, it was very good that he volunteered and said, ‘Hey, if I can help, let me try.’ So he’s been very good. And he had to learn a lot of songs very quickly, and he’s done a great job.”

Check out the fan-filmed video of their recent performance below.