Metallica Will Be Featured On Upcoming “Carpool Karaoke” TV Series—Check Out A Sneak Peek! 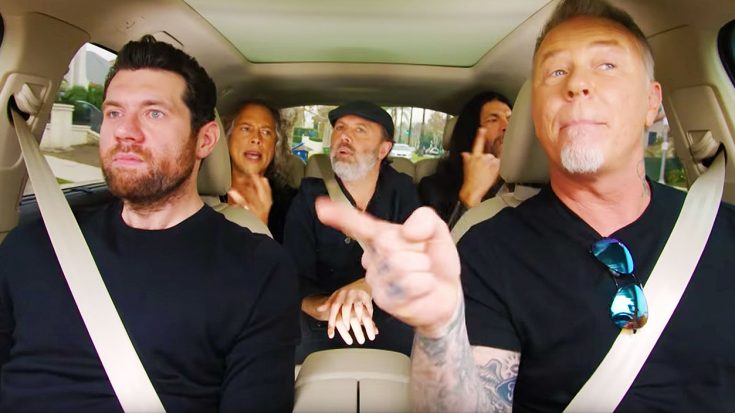 James Corden has definitely made a name for himself recently with his entertaining late-night show! The British host’s show typically airs a lot later than most late-night TV so in order to catch people’s attention, he had to come up with entertaining segments people would want to watch. That’s when he introduced us to Carpool Karaoke.

Carpool Karaoke is a sketch where Corden invites a famous singer or actor into a car, and they both sing along to popular tunes. Well the popular late-night sketch is now getting bigger! It was announced today that Corden’s idea will now turn into a full TV series! The preview premiered during the 2017 GRAMMY Awards last night, and featured some familiar faces! One in particular, are Metallica! It looks like Metallica will be featured on the show for an episode, which should be interesting! Things might get wild when the four members and James hop in a car, and we can’t wait to see it!

Check out the preview down below, which also features Will Smith, John Legend…and….JOHN CENA! The series is set to premier on Apple Music!