Melissa Etheridge – ‘Me And Bobby McGee’! 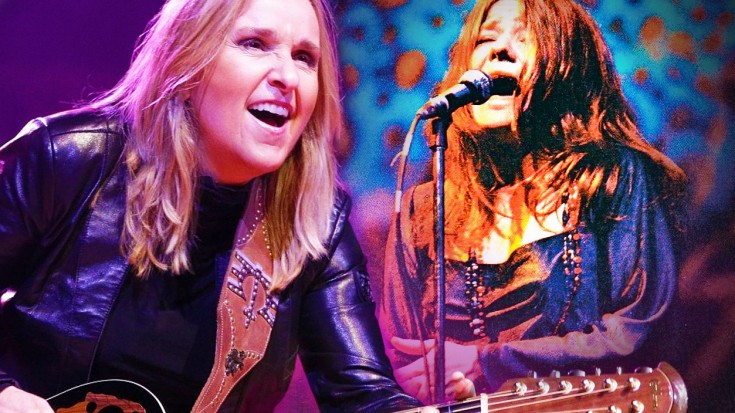 “She Gave Me Power In My Life.”

If there’s a singer alive that could match Janis Joplin in the most unlikely of ways, it would be Melissa Etheridge! She performed Janis’ ‘Me And Bobby McGee’ at the 1995 Rock And Roll Hall Of Fame induction ceremony, and while it’s not nearly as bluesy as the original, Melissa’s signature gritty, country twang adds a little something extra special to the classic!

Melissa Etheridge cites Janis as a major influence on her decision to sing as a career, and said:

“And because of what she did, I feel like what she did in her life at that time enabled me, when I was a young girl, in 1976, growing up, not to feel so strange about wanting to do the things I wanted to do. She gave me power in my life.”

No wonder Melissa was chosen not only to induct her hero, but to pay tribute with a cover of her most iconic song!