Megadeth Has A Song Inspired by KISS 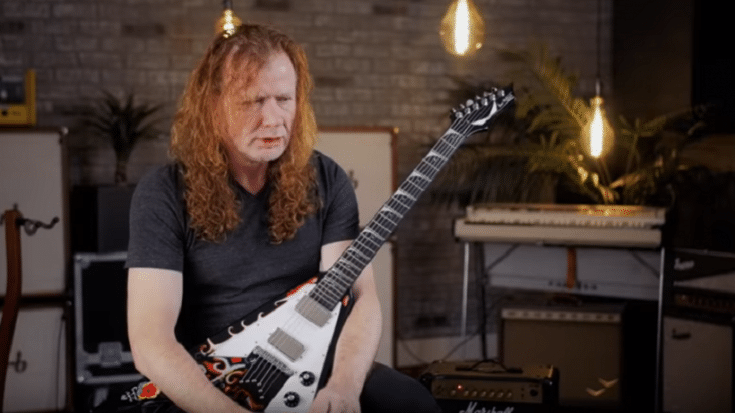 Before frontman Dave mustaine was diagnosed with cancer and had to undergo treatment, Megadeth initially planned to work on a follow-up to 2016’s Dystopia. And although 2019 is drawing to a close, Mustaine promises the release of new material prior to their winter European tour which will begin on January 20. Before putting their album on hold, he revealed to Rolling Stone that they already had “nine really crushing songs.”

He said, “All we need to do is get in the studio and capture them. We’ve got scratch drum tracks. We just have to get Dirk [Verbeuren, drums] to play through the songs once or twice and then it’s up to me and David [Ellefson, bass] and Kiko [Loureiro, lead guitar] to finish.”

The tracks still have working titles and these “early offerings” might only be a handful. Interestingly, they drew inspiration for one of their songs from an unlikely source – KISS. Mustaine shared, “I said to him [bassist David Ellefson], ‘What was the biggest song that Kiss ever had?’ He goes, ‘Beth.’ I said, ‘Yeah, we should write a song like “Beth,” where it’s a ballad and it’s just you singing it. I think you should write a song about what it’s like being in Megadeth with me, because I read all your lyrics, and I know that your lyrics are aimed at me. You’re upset. So why don’t you write about it?’”