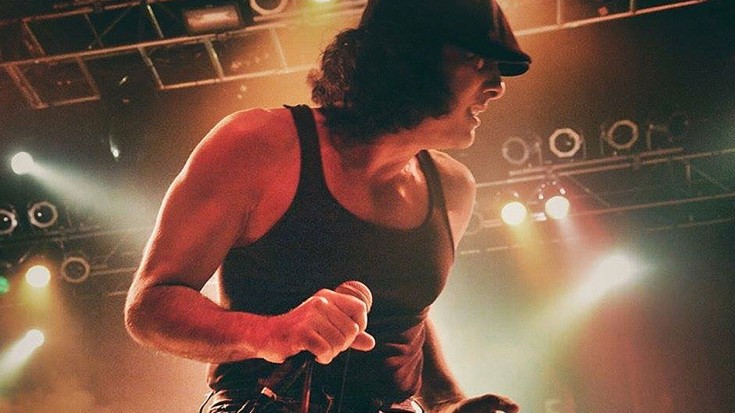 Meet Back in Black’s Darren Caperna!

In a perfect world, Brian Johnson would have perfect hearing and we’d be seeing him saluting the million fans turning out this summer to see AC/DC on their Rock Or Bust Tour. Or, at the very least, the band’s interim lead singer would be someone a little more suited for the job…as in say, Darren Caperna of Dallas based AC/DC cover band Back In Black! When news broke earlier this week that Axl Rose will be stepping in for Brian Johnson, it was also leaked that AC/DC flew Caperna and his guitarist Mike Mroz out to audition for the coveted lead singer slot and according to the Back In Black tribute singer, what was supposed to be a two to four song audition turned out to be an entire day of running through AC/DC’s entire Rock Or Bust setlist.

Though Caperna wasn’t chosen, he’s still fiercely grateful for the opportunity – taking to Facebook to thank Angus and company for the wonderful, once in a lifetime opportunity:

“Even though I did not get the job, it was the experience of a lifetime! Being in a tribute band for 16 years, we were hoping that we would be able to meet AC/DC one day — but this goes way beyond our expectations!

Now, I have a great story to tell my grandchildren and the guitar students that I teach at For Those About to Rock School in Southlake, Texas,” he wrote.

Listening to Darren, we’re pretty bummed that he wasn’t selected; not only does he look like a blend of Bon and Brian, he sounds like them, too! You can check out Darren and the rest of Back In Black performing “Back In Black” in the footage below and like us, wonder what could have been.