With Patti Russo At His Side, Meat Loaf Dazzles With “I Would Do Anything For Love” 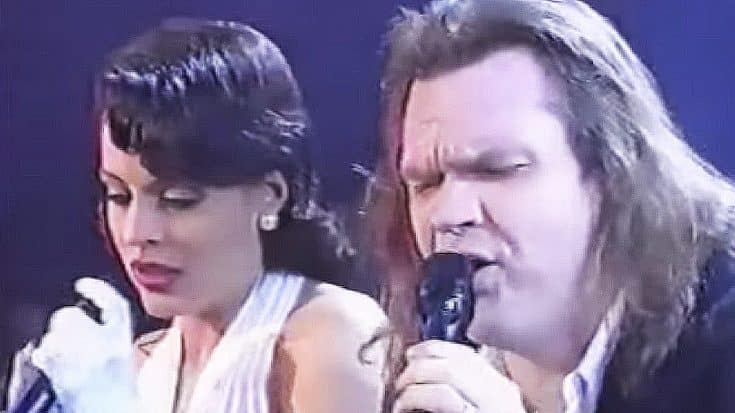 It was a celebration of rock and roll in September of 1993 at the Grand Gala Du. Amongst many other iconic performers there that night was multi-platinum recording artist Meat Loaf. It was on this night that Meat Loaf, Patti Russo, and The Neverland Express dazzled those in attendance with a breathtaking performance of “I Would Do Anything For Love”.

As you’ll see, the performance starts with Meat Loaf singing by himself on stage only to then be joined by Patti so the two could finish the song in grand fashion. The song is an epic showcase of dynamics and raw emotion. This is ever so present in this timeless performance.

Fun fact: Also performing on this night were a slew of other artists such as Mariah Carey, Paul Young, Toots Thielemans, and even Sting.

Meat Loaf and Patti put on a clinic of showmanship and musicality that is just rarely ever matched. The two are masters at engaging the crowd and have the most undeniable chemistry in the world. See this amazing performance below!