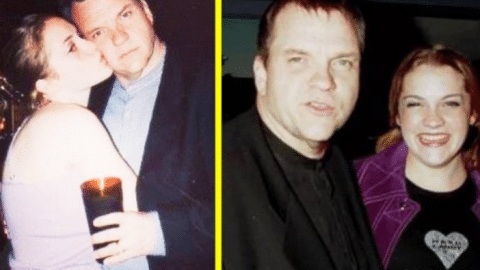 Grammy Award-winning rocker Meat Loaf had passed away Thursday at the age of 74. He was reportedly critically ill with COVID-19 days leading up to his death.

The late singer was outspokenly anti-vaccine mandate and anti-mask before his death, in an interview, he said: “If I die, I die, but I’m not going to be controlled,”

His team announced his passing and wrote on social media:

“Our hearts are broken to announce that the incomparable Meat Loaf passed away tonight surrounded by his wife Deborah, daughters Pearl and Amanda and close friends.”

Following their father’s death, both Amanda and Pearl posted on Instagram to pay tribute to their legendary father.

In an exclusive interview with PEOPLE, Amanda shared that his father was a,

“complex man with a lot of passion, who wore his heart on his sleeve. So, he would tell you, ‘F—k you, I love you,'”

Amanda and Pearl grew up traveling around the globe with their dad on tour buses while touring arenas. But when they would return home, Amanda described,

“it was home and he was just dad. He wasn’t Meat Loaf anymore.”

Meat Loaf was actively involved in his children’s lives. Just like a typical dad, he directed school plays and coach their softball teams. Amanda explained:

“Pearl and I would want a new pair of shoes or something, whatever was in trend, fashion-wise or whatever, and he’d always say, ‘Don’t be trendy. Don’t be hip. Be cool, because cool is always.’ And that was him.” Amanda added.