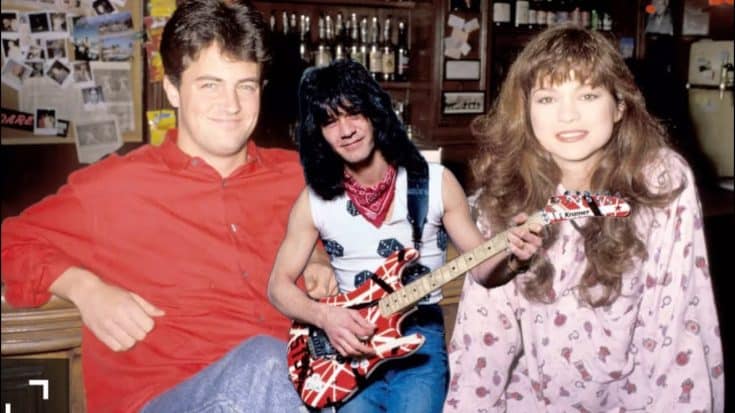 Matthew Perry of the hit series Friends has caused plenty of commotion due to his new memoir. In addition to numerous eyebrow-arching moments within the book, Perry, who starred as Chandler Bing in the phenomenally successful series also revealed that he once made out with actress Valerie Bertinelli, who was married to the late rocker Eddie Van Halen at the time.

But the most controversial part is that Perry claims that the pair’s heated interaction took place while they were standing right next to the guitar god, who was apparently unconscious at the time.

According to his memoir, Perry used to work alongside Bertinelli on the short-lived sitcom Sydney for four years before he got to play the role of Chandler Bing in Friends. He also admitted that he thought Bertinelli was “way out of my league” considering that she’s “married to one of the most famous rock stars on the planet, Eddie Van Halen.”

As per Perry, there was this time when she “harbored elaborate fantasies about her leaving Eddie Van Halen and living out the rest of her days with me.” When he detailed the story of when he did that thing with Bertinelli, Perry said:

“As the night progressed, it was clear that Eddie had enjoyed the fruits of the vine a little too hard, one more time, and eventually he just passed out, not ten feet away from us, but still. This was my chance! If you think I didn’t actually have a chance in hell, you’d be wrong, dear reader — Valerie and I had a long, elaborate make-out session… I told her I had thought about doing that for a long time, and she had said it right back to me.”