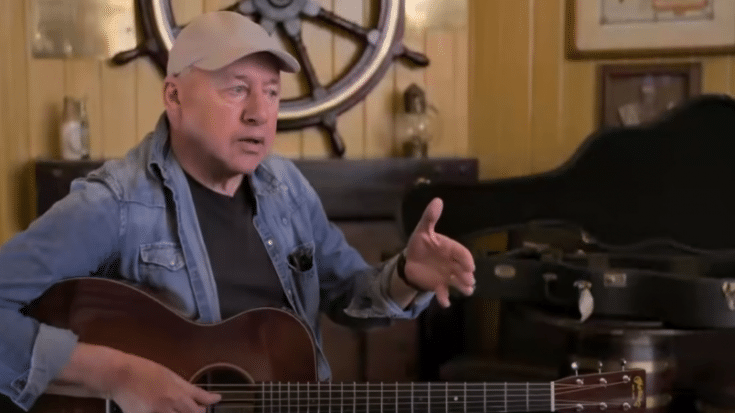 It Was Quite A Moment

On the second season of Brian Johnson’s A Life On The Road, Mark Knopfler appeared on the third episode. Filmed around Tynemouth and the North East of England, Knopfler discussed the Dire Straits classic hit and best-known track “Sultans of Swing”.

He first saw this “dusty little jazz, Dixieland jazz band” in a pub in Deptford. He was actually there to drink “a couple of pints” but after watching the performance, he was far from impressed. And then, one of the members announced their name and apparently, they called themselves the “Sultans of Swing”.

Mark Knopfler thought, “You couldn’t be less sultan of anything.”

In a separate interview, he recalled that moment and said: “When the guys said ‘Thank you very much, We are the Sultans of Swing,’ there was something really funny about it to me because Sultans, they absolutely weren’t.”

“You know they were rather tired little blokes in pullovers,” he added.

After he left the pub, he went back to his flat and already had an idea for the song. Originally, he thought it sounded flat and dull. However, things changed when he bought his first Stratocaster in 1977.

“It just came alive as soon as I played it on that ’61 Strat,” he recalled. “The new chord changes just presented themselves and fell into place.”