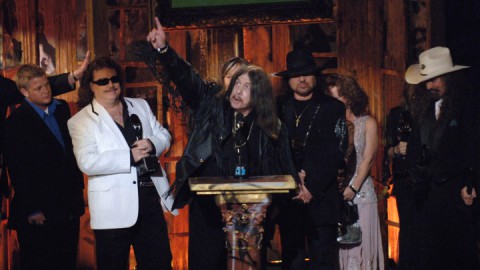 The single-vehicle accident remains under investigation, and Watson said further details were not immediately available.

The band released the following statement;

“Well, today I’m at a loss for words, but I just remember Bob being a funny guy. He was just so funny, he used to do skits for us and make us laugh all the time, he was hilarious! Ironically, since we played Jacksonville yesterday. Dale, my daughter and I, went by the cemetery to see some of the guys in the band and my parents grave sites. On the way back, we went by Bob Burns old house, it was there in the carport where we used to first start to practice with Skynyrd. My heart goes out to his family and God bless him and them in this sad time. He was a great great drummer.”
-Gary Rossington

Our hearts and good thoughts go out to his family, friends, and all the fans.