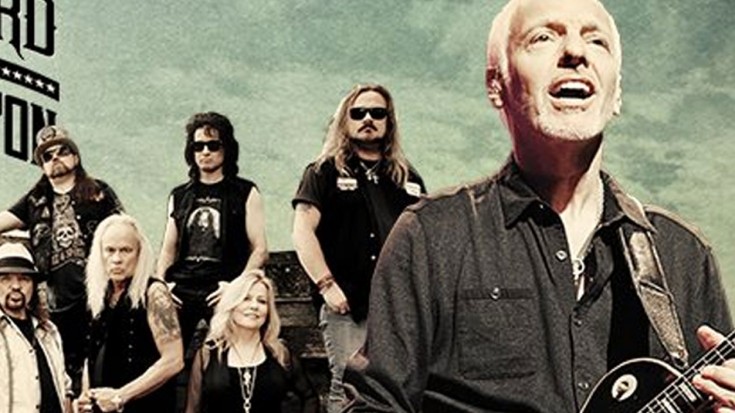 This summer is going to be the hottest on record – and we’re not talking about the weather!

Today it was announced that Southern rock legends Lynyrd Skynyrd are hitting the road with legendary axeman Peter Frampton this summer for a North American tour, and we couldn’t be more excited; two of the most celebrated musical acts of the 20th century together on one tour is bound to make for the event of the summer that rock fans definitely do not want to miss!

The happy news was confirmed this afternoon by Peter Frampton, who broke the news via his official Twitter account:

I’m excited to announce that @Skynyrd and I will be going on tour, starting on Jun 3! pic.twitter.com/5TkWqBklW1

With Frampton’s brand new album Acoustic Classics released only weeks ago and Lynyrd Skynyrd riding the high of their critically acclaimed 2015 concert film ‘Pronounced ‘Lĕh-‘nérd ‘Skin-‘nérd & Second Helping Live’, there’s much to celebrate for these legends – and lucky for us, we get to celebrate right along with them all summer long.

The tour kicks off on June 3 in Albany, NY and while only 12 dates have been announced thus far, never fear: more dates are expected to be added soon, so stay tuned for additional announcements.