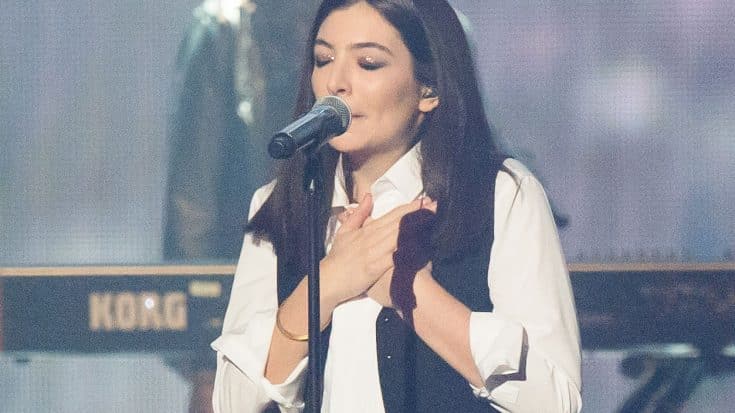 Many have tried to appropriately celebrate the life, legacy, and groundbreaking career of David Bowie in the years since his death. Capturing his visionary approach to art seems to be a bit of a struggle for even the most seasoned of artists – just weeks after his death, Lady Gaga delivered a medley of Bowie’s greatest hits spanning his 5-decade long career at the 2016 Grammy Awards in a performance that son Duncan Jones called “mentally confused” – but a newcomer barely old enough to drink managed to do what so many have failed to do: knock it out of the park completely.

At the 2016 BRIT Awards, 19-year-old pop star Lorde succeeded where so many others have failed – delivering a performance of Bowie’s “Life On Mars” that was both fiercely honest and fiercely innocent in her genuine respect for David’s legacy. Lorde’s tribute proved to be both moving and especially heartwarming as she stood against a backdrop bearing Bowie’s image, knowing that just days after his death the 19-year-old shared a touching story of the night she met Bowie:

“That night something changed in me – I felt a calmness grow, a sureness. I think in those brief moments, he heralded me into my next new life, an old rock and roll alien angel in a perfect grey suit.”

Lorde’s stellar performance at the BRIT Awards did what others before it and many since have not, earning high praise from Duncan Jones – who, overcome with emotion, tweeted:

After a career defining performance in honor of music’s best and brightest, it looks like the “Royals” singer isn’t just your ordinary pop star – she’s well on her way to a glowing future, and we can’t wait to see what else Lorde is capable of!