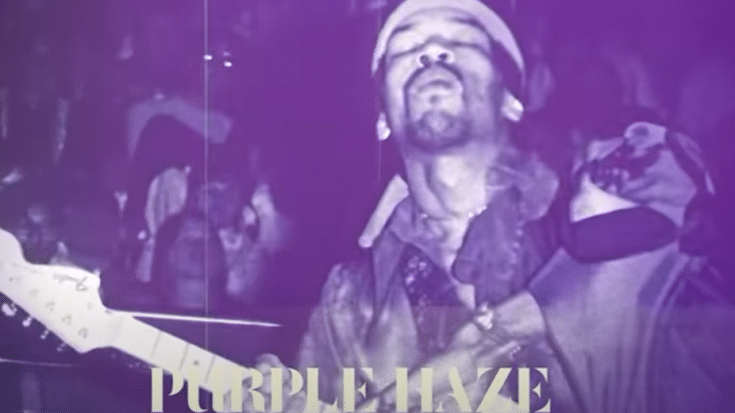 In lieu of the upcoming release of The Jimi Hendrix Experience Los Angeles Forum: April 26, 1969, on November 18, Hendrix’s team streams live audio of “Purple Haze” as a preview.

This live performance came from the original lineup consisting of Hendrix, drummer Mitch Mitchell, and bassist Noel Redding and has never been released before. The Hendrix team will be issuing it in time for the 80th anniversary of the icon’s birth on November 27.

Recorded by Wally Heider and Bill Halverson, the original recorded material was recently remixed by longtime Hendrix producer and engineer Eddie Kramer for maximum audio fidelity. It was produced by Kramer, Janie Hendrix, CEO of Experience Hendrix, L.L.C. and the sister of Hendrix, and John McDermott, who manages the Hendrix music catalog on behalf of Experience Hendrix.

The package’s liner notes were made by former LA Times staff writer and critic, Randy Lewis. It also comes with a preface by ZZ Top’s, Billy Gibbons. He stated:

“After the performance, Jimi came by and said, ‘Hey man, how did we do?’

“How do you respond to that since there’s no basis for comparison as it was such a singular performance? All I could manage was, ‘I’m floored, I’m fixed’ and left it at that. Still am.”

Starting on November 27, The Jimi Hendrix Experience Los Angeles Forum: April 26, 1969, will be available in multiple formats, including 2LP vinyl, CD, and all digital platforms.