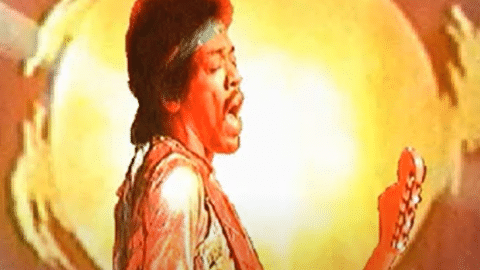 Stephen Stills, Jimi Hendrix, John Sebastian, Buddy Miles, and psychonaut Timothy Leary came to New York’s The Record Factory to make an all-night recording session, which turned out to be one of the most brilliant and influential albums of all time.

Later on, it was named the 1970s You Can Be Anyone This Time Around. Leary, being a strong advocate of psychedelics like LSD and who became America’s most controversial psychologist, addressed a crowd of 30,000 hippies in Golden Gate Park in 1966.

His famous line, “Turn on, tune in, drop out” made its way to the lyrics of The Beatles’ “A Day in The Life” in form of the line “I love to turn you on.” Fast forward to 1968, Leary decided to run as a Governor of California. You Can Be Anyone This Time Around attempted to raise money for the campaign, and they used the slogan; “Come together, join the party.”

John Lennon, being so supportive of Leary, agreed to write a campaign song. The next day, Lennon sent Leary a demo tape of “Come Together.” The song was about Leary’s expression about his attempt of being whatever he wanted to be. Lennon stated:

However, Leary did not use the song anyway because he was arrested on trumped-up charges of pot possession on December 26, 1968. He was sentenced to ten years in prison, with another ten years added on top of that for his previous arrest in 1965.

Although the campaign vanished just like that, You Can Be Anyone This Time Around continued to exist and was even released two years later. Listen to Hendrix and Leary’s session below.