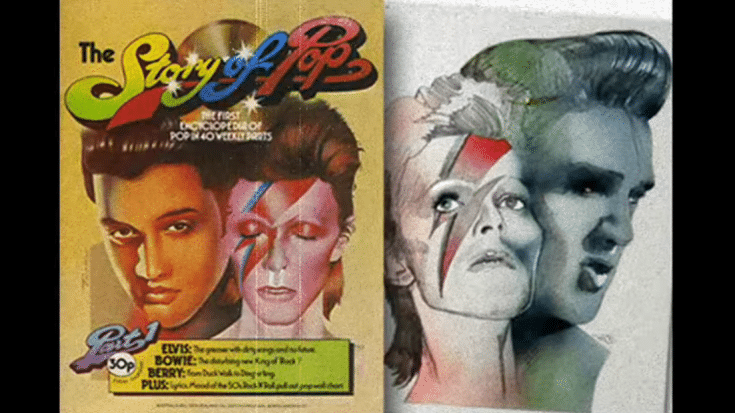 2013 was a busy year for David Bowie. He released his 24th studio album “The Next Day” and several videos. In December, he appeared on the BBC 6 Music program “This is Radio Clash” which was a two-hour special show hosted by The Clash’s Mick Jones, Paul Simonon and Topper Headon.

Bowie delivered a holiday message but to add a little twist to it, he spoke with a flawless Elvis Presley voice. He said on the 41-second clip, “Hello everybody, this is David Bowie making a telephone call from the US of A. At this time of the year I can’t help but remember my British-ness and all the jolly British folk, so here’s to you and have yourselves a Merry Little Christmas and a Happy New Year. Thank you very much.”

Presley and Bowie actually share the same birthday on January 8. And it’s no secret that Bowie was a huge Presley fan, he even originally offered “Golden Years” from Station to Station to The King but the latter turned it down.

Bowie also once said, “He [Elvis Presley] was a major hero of mine. And I was probably stupid enough to believe that having the same birthday as him actually meant something.”

Listen to his Christmas message below.