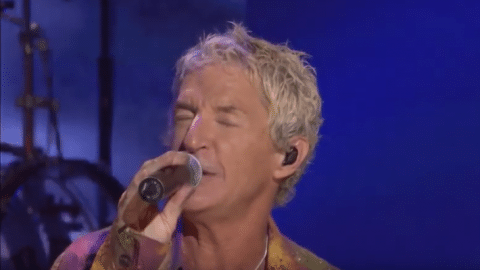 Dan Smith from the indie band Bastille added a little more majesty in the power ballad “Can’t Fight This Feeling” by REO Speedwagon. It was used for the annual holiday ad of British company John Lewis & Partners and supermarket chain Waitrose & Partners. It usually features a small short heartwarming film. People annually wait for this special ad to come out.

For this year,  the story was called “Exciteable Edgar”. It follows the story of a miniature dragon that accidentally ruins their village’s tradition and melting snowmen because of his fire breathing. But he was able to redeem himself to the village when his friend thought of the solution for him to light the pudding for their communal feast.

“I’m heartened that the singer John Lewis chose to perform our song is in a band whose music I like,” he said. “That makes it all the sweeter. I’m an okay singer, I can sing the songs I wrote, but some people have a rare gift in their throat. Hearing your song sung by them is wonderful, and that’s how I feel about Dan’s version of ‘Can’t Fight This Feeling.’” – REO Speedwagon frontman Kevin Cronin

He did have some constructive opinions though.

But this flaw was eventually fixed in the single version of the song.

The ad was released during REO Speedwagon’s North American tour.