Lindsey Buckingham Revisits How The Year Was ‘Very Difficult’ 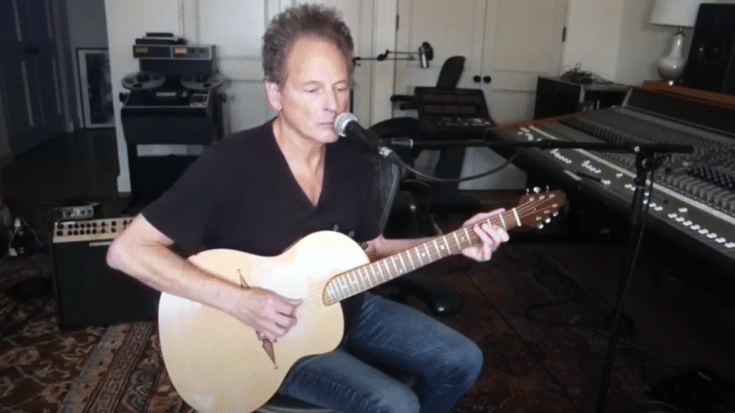 He Can’t Wait To Be Back On The Road

Lindsey Buckingham hosted a special streaming 45-minute concert that took place last December 5. It’s his first public performance since his open-heart surgery back in 2019. He performed from his home studio in Los Angeles and included in his set were songs from his time with Fleetwood Mac and as a solo artist.

He also looked back at this particularly challenging year.

Before launching into the 1977 classic “Never Going Back Again”, he said: “Well, this is a song that has been around for a very long time. It’s one of many that has gone through some changes on stage, and the context of what it means has changed as well: As we evolve as people, as we experience different things. Sometimes, the same lyrics can take on whole new contexts.”

He continued, “Suffice it to say, we had a difficult year with all that’s gone on — some might say a difficult four years. I think that from my personal experiences of the last few years — my separation from Fleetwood Mac, having a bypass after that, and then, of course, the pandemic — it’s been a series of events that I didn’t see coming, and certainly we’ve all have had to deal with these things in our own way. All I can say is that I truly believe that what’s coming in the next few years is going to make total sense out of what has been, and it’s going to be very healing for all of us.”

Aside from popular tracks, Buckingham also dug deep in his catalog by unearthing rarities.