Let It Be Known That Pearl Jam Does Not Mess Around When Paying Tribute To The Who! 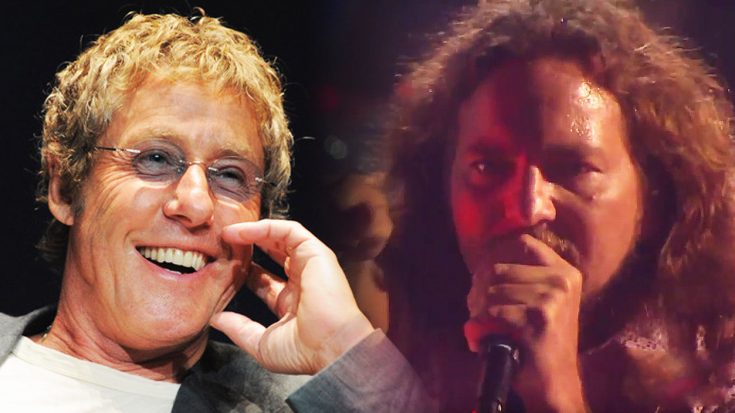 Pearl Jam’s Tribute To ‘The Who’ Is Nothing Short Of Epic!

In the early summer of 2008, The Who were honored at the annual VH1 Rock Honors. Many bands such as The Foo Fighters, The Flaming Lips, Incubus, and even Tenacious D paid tribute to the legendary rock group.

However, there was one particular band that totally stole the show. And that band… was Pearl Jam!

Pearl Jam paid homage to The Who in the best possible way. Their cover of the songs ‘Love, Reign O’ver Me’ and ‘The Real Me’ are truly some of the most epic renditions we’ve heard in recent years. They combine both their’s and The Who‘s raw, gritty sound with a majestic yet powerful violin ensemble and the result is magic!

Everyone in the crowd is in absolute awe. Even The Who are blown away by this performance and how can you not be blown away!? These kinds of performances should be the standard when paying homage to legendary rock artists such as The Who. Pearl Jam have undoubtably set the bar in terms of paying tribute. If you’re thinking about starting a cover band of The Who or just want to perform in general, I’d suggest you watch and take notes, because you learn a thing or two just by watching the video alone!