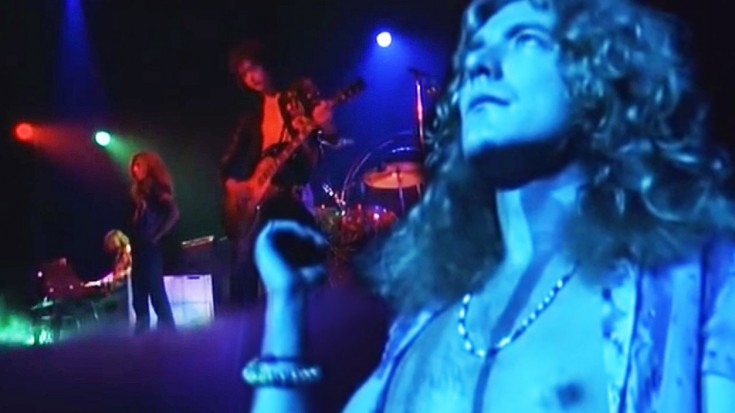 Once again, showcasing the genius that is John Paul Jones, the video starts out with a clear shot of JPJ annihilating the creepiest piano solo decorated in a killer, complicated jacket. Zeppelin’s ’73 Times Square show brought hits like “No Quarter” to life with vibrant, transcendent colors filling the stage, matched with some of the best rock music known to man.

Interesting Fact: The version that made it to the album evolved out of a faster version they recorded earlier at Headley Grange, an old mansion in a remote part of England where they wrote and recorded many of their songs, including “Stairway To Heaven.”

“No quarter” is said to be an age-old pirate saying for “no mercy,” as well as a common term in America referring to a policy that the Brits invoked to ensure that they would be kept alive with food, water and shelter during the winter war. Recorded at Headley Grange for the Led Zeppelin IV album, John Paul Jones was actually the sole scribe of these insanely creative lyrics.

Both Page and Plant have been quoted saying that the North American Tour in ’73 was “phenomenal” and this performance is proof.