Led Zeppelin Turned Down HOW Much Money For A 2016 Reunion?! 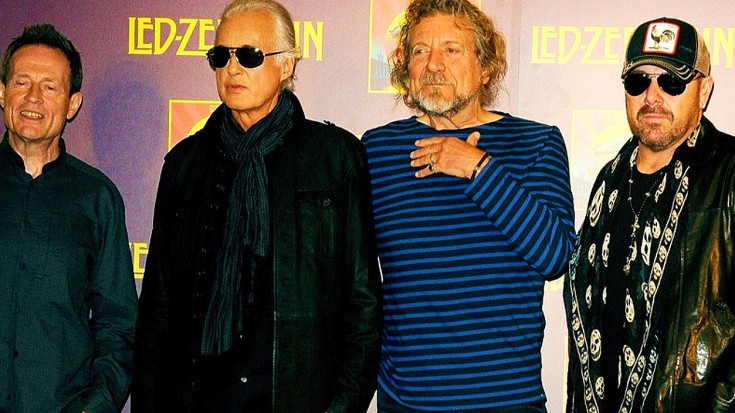 It’s being boasted as one of the most highly anticipated concert lineups in decades – The Rolling Stones, Bob Dylan, Paul McCartney, Neil Young, Roger Waters, The Who – we’re talking about this year’s Desert Trip Festival. According to one insider, there’s one legendary rock band in particular who was offered a whopping $14 million dollars if they appeared at Desert Trip, but thanks to one member in particular that ship has officially sailed – and it’s causing problems with his bandmates.

Legendary rock act Led Zeppelin was offered a spot on Desert Trip, making it the band’s first reunion since their 2007 appearance at London’s Ahmet Ertegun Tribute Concert. For years fans have begged, pleaded, and cajoled surviving band members Robert Plant, Jimmy Page and John Paul Jones for a reunion to no avail, with Jones and Page citing Plant as the primary obstacle in a Led Zeppelin reunion. This weekend, a source revealed that Robert Plant shot down the $14 million dollar reunion offer, saying that Jimmy Page “went crazy” and that the guitarist “really wanted to do it”.

This isn’t the first Plant-thwarted Led Zeppelin reunion: in 2014, he tore up an $800 million dollar reunion offer – after it had been signed by his bandmates.

With rock legends leaving us at an alarming rate, it’s pretty clear that time is running out for bands like Led Zeppelin to reunite – and sadly, as time progresses with one or more members not wanting to head out for what could be the last time, we’re facing the very real possibility that ‘never’ really does mean ‘never’.