Led Zeppelin Beg Judge To End Trial Based On THIS Alone – Is It Enough? 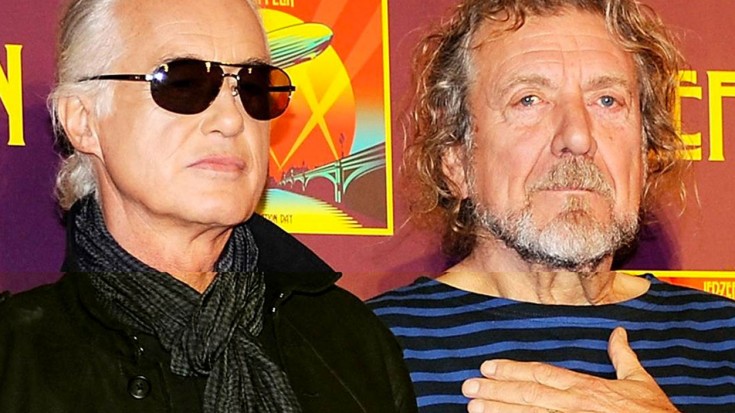 We’re well into the trial that will determine whether or not Led Zeppelin’s 1971 epic “Stairway To Heaven” was plagiarized from Spirit’s 1968 song “Taurus,” and already it looks like the end is in sight – or so Led Zeppelin’s Robert Plant and Jimmy Page hope, anyway.

Yesterday saw their legal team request a dismissal of the case entirely, arguing that the estate of Spirit guitarist Randy Wolfe failed to make their case of copyright infringement after three days of testimony; attorney Francis Malofiy played both “Stairway To Heaven” and “Taurus” back to back in a bid to establish that Led Zeppelin guitarist Jimmy Page had heard the Spirit track prior to writing ‘Stairway,’ with the defense bringing forth a musicologist who argued that the only similarity shared between the two is a common descending chord sequence that has been used as a musical building block for 300 years.

Fun Fact: This isn’t the first time Led Zeppelin have headed to court for copyright infringement!

Songs like “Whole Lotta Love,” ”The Lemon Song,” and “Dazed and Confused” have landed the band in hot water before.

US District Judge R. Gary Klausner denied the motion, forcing the trial to continue today and giving the defense a chance to present their case, defending themselves against a copyright infringement case that could not only tarnish Led Zeppelin’s legacy, but cost surviving band members Page, Plant, and John Paul Jones several million dollars in royalties if found to have, in fact, ripped “Stairway To Heaven” from Spirit’s “Taurus”.

The case goes on and as always, stay tuned to Society of Rock for more updates regarding one of music history’s most talked about copyright cases!