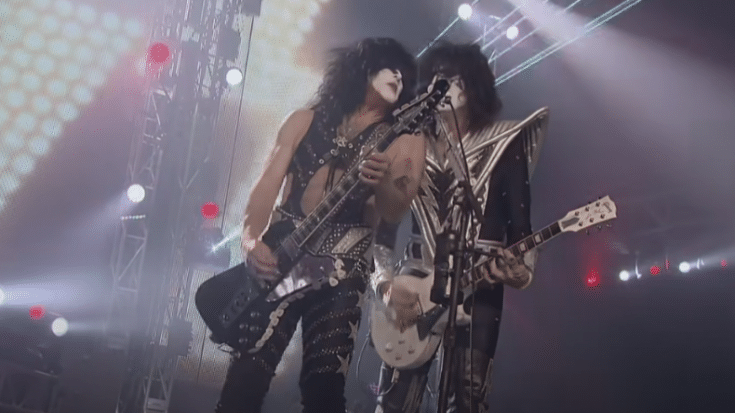 KISS announced a new live album titled Off The Soundboard: Live in Virginia Beach that will be released on March 11.

The album is composed of a live recording from Virginia Beach circa July 25, 2004, during their Rock the Nation tour. The first full U.S. trek to feature the modern-day lineup of Paul Stanley, Gene Simmons, Tommy Thayer and Eric Singer.

It marks as the second installment in Kiss’ Off the Soundboard official live bootleg series, following last summer’s Tokyo 2001. The upcoming live release will be available to stream, download or purchase in a variety of physical formats, including a two-CD set, three-LP standard black vinyl set and limited-edition three-LP green vinyl set.

Kiss are currently in the middle of their End of the Road farewell tour, which is scheduled to run through July 21. Simmons is also working on a Kiss museum in Las Vegas, which will feature 50 years of memorabilia and is set to open in March.