Kim Simmonds, co-founder and guitarist of Savoy Brown Passed Away At 75 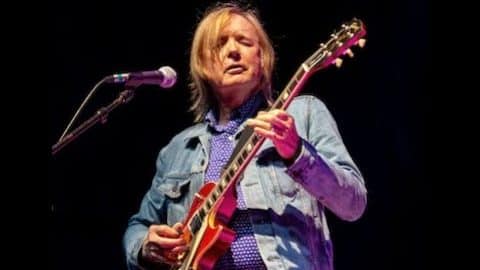 Savoy Brown co-founder and guitarist Kim Simmonds passed away at the age of 75. The band’s official social media pages provided confirmation of the news.

“Please note one of Kim’s last requests was to thank the fans of Savoy Brown.

“Your support was and shall always be immensely appreciated.”

In August, it was announced that he is fighting a battle with stage-four cancer for almost a year already. He’d been diagnosed with signet-cell colon cancer, this rare disease is often not detected early. Simmonds said in an official statement back then:

“I’ve been receiving chemotherapy and that has made it hard for me to play gigs.

“One of the side effects is peripheral neuropathy which has now deadened the nerves in my fingers and hands and feet too.”

Simmonds, who was born in Wales in 1947, started polishing his guitar talents as a teenager by listening to his brother’s blues songs. He started the Savoy Brown Blues Band in 1965 and he was only 18 years old at that time. The group’s founding members included harmonica player John O’Leary, singer Brice Portius, pianist Trevor Jeavons, bassist Ray Chappell, and drummer Leo Manning.

Although the band’s lineup would continue to change over the following decades, he remained as the sole constant. Fast forward, the band has released two albums in 2020, and then in 2021, his health issues made them cancel all Savoy Brown live shows.

He may have left the world, but his words will continue to inspire future generations. As per Simmonds:

“You’ll get ahead further and quicker if you focus on just one musical style. You’ll naturally be a part of your time and place in the world but hold on to your individuality and don’t be afraid to go against the grain.”