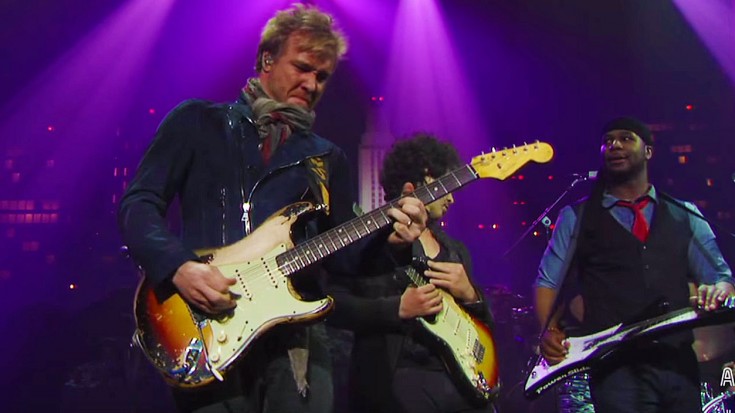 In 2014, Stevie Ray Vaughan was inducted into the Austin City Limits Hall of Fame in honor of his contributions to the Austin music scene, and his memorable appearances at Austin City Limits. Double Trouble band members Tommy Shannon and Chris Layton handpicked some of Stevie’s closest friends and biggest fans to join them onstage, including young blues guitarist Kenny Wayne Shepherd, and the result was a performance of ‘Texas Flood’ that Stevie would have been beyond thrilled by!

For Kenny, I can only imagine what a profound honor this was; he’s been playing the guitar since the age of 7 and he’s been a huge fan of Stevie since then, so it’s a treat to see his life come full circle as he joins some of music’s biggest blues legends onstage to celebrate the life and career of Stevie Ray Vaughan. Be sure to check this one out – you won’t be disappointed!