Keith Richards Just Said What You’ve Been Thinking Since 2016, And Mick Jagger Is Not Happy 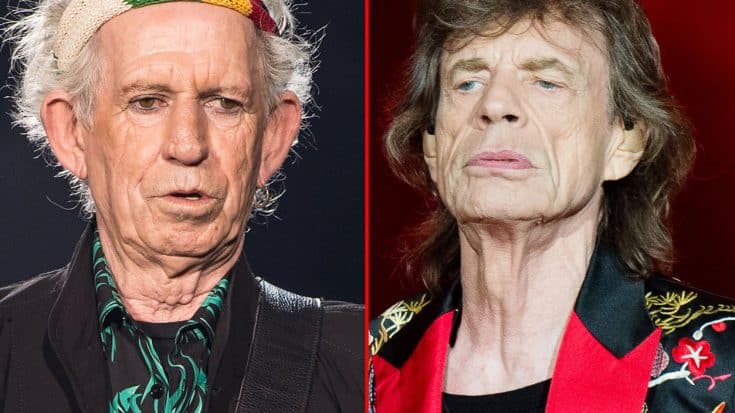 Richards Apologizes To Jagger For Comments Made To Wall Street Journal

Rolling Stones guitarist Keith Richards is in hot water today after a series of inappropriate comments about Mick Jagger.

Richards, 74, was speaking with the Wall Street Journal when he jokingly suggested that Jagger, 73, get a vasectomy, calling his friend a “randy old bastard”; Jagger famously became a father again at 71 for the eighth time after girlfriend Melanie Hamrick gave birth to their son, Deveraux.

“It’s time for the snip,” Richards laughed. “You can’t be a father at that age. Those poor kids!”

Shortly after the interview was published, Richards took to Twitter to apologize for his comments, saying he ‘deeply’ regrets them and that he’d apologized to Mick in person:

I deeply regret the comments I made about Mick in the WSJ which were completely out of line. I have of course apologised to him in person.

“I deeply regret the comments I made about Mick in the WSJ [sic] which were completely out of line. I have of course apologised to him in person,” reads Richards’ brief statement.

As wildly inappropriate as his comments were, Richards’ followers on Twitter didn’t see the offense – in fact, most thought it was pretty damn funny and expressed similar sentiments.

Hahah “Mick’s a randy old bastard. It’s time for the snip, can’t be a father at that age!” That’s just funny and true. Don’t feel bad

It's not like everyone else in the world isn't thinking the same thing.

…And Others Took It With A Grain Of Salt

I have no idea what you’re talking about but you’re the glimmer Twins. You’ll always be friends.

Mick is your brother.?
And The Stones are a great family.

In any event, it looks like Keef’s comments are water under the bridge and one of rock’s most enduring friendships rages on! While they’re mending fences, be sure to check out this killer video of the Rolling Stones performing “Waiting On A Friend” – it’s a modern day classic. Enjoy!