Journey Have Revealed The True Meaning Behind Their Hit “Faithfully,” And It’s Not What You’d Expect! 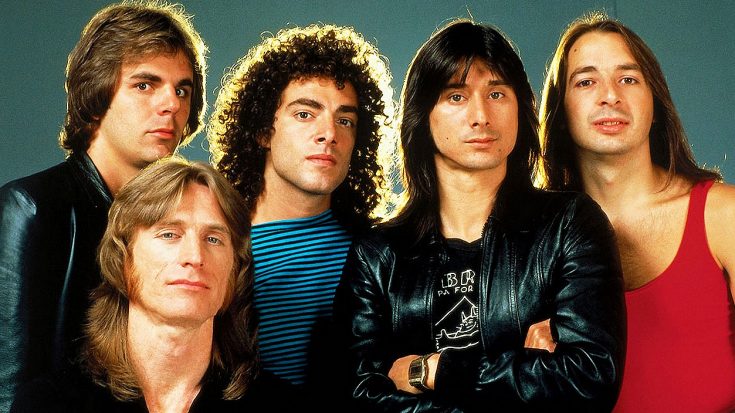 Back in 1983, Journey released one of their most popular, and emotional songs to date: “Faithfully.” The song is a power ballad that is commonly played as a slow dance song at weddings, proms and other celebrations. It showcases lead vocalist Steve Perry’s amazing voice, and is one of the band’s best songs!

Not many people know the true meaning of this classic tune. The song is a love song, and most people think that it’s about a guy who is just expressing his love to a woman he loves. This is true, however songwriter and keyboardist Jonathan Cain revealed the true meaning behind this amazing song!

Cain wrote this song about the challenges of being a married man on the road in a rock band. He said:

“God gave me that song. I started it on the bus heading to Saratoga Springs. I woke up the next day with a napkin on the side of my nightstand and I looked at the lyrics, ‘Highway run into the midnight sun.’ Then I got this supernatural download: This is the rest of the song. I wrote rest of it down, almost frantically. I’d never had a song come to me so quickly that it was anointed, supernatural. Literally, in 30 minutes I had written that song. I had the napkin in my pocket and I put it on the piano. I had a big grand piano there by the orchestra. I played through it and I thought, ‘Man, this is good.’ The Lord gave me permission to finish it. Normally I would go to Steve Perry or somebody and say, ‘Help me finish this song.’ No. God gave me the mind to finish it, and the rest is history. That would be a love song to God, absolutely.”

That’s a pretty inspiring story of how this wonderful song was written! I bet you’ll never listen to it the same way again! Check out the song down below and enjoy!