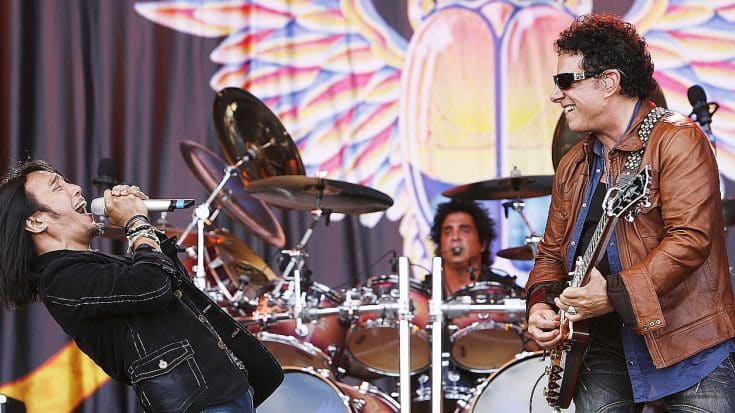 Since 2007, Arnel has been doing great work with the band. His voice is an identical match to that of Steve’s. He’s the perfect, pure and simple, and what’s more is that he has Steve’s approval.

In 2009 at the Download Festival, Journey took to the stage with Arnel Pineda and performed their best songs, including “Separate Ways”. The band put a unique twist on this song and made it heavier and more melodic. To put it simply, they have refined their craft and it’s amazing! See for yourself!