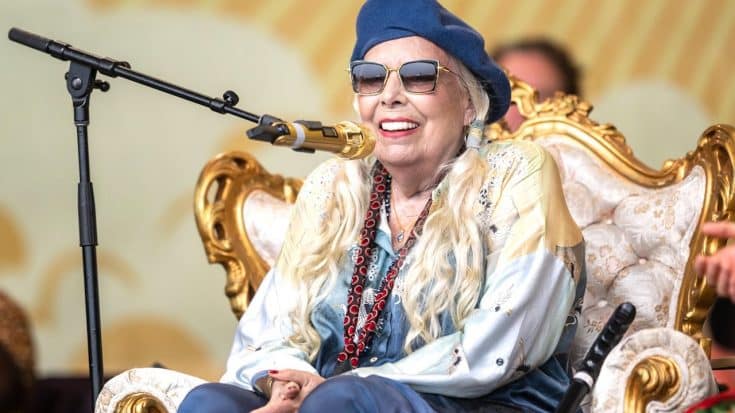 Joni Mitchell has recently accepted an honorary doctorate from Berklee College of Music and described it as her “moment of revenge,” on her past music teacher.

The legendary singer-songwriter was present at the private event, where Berklee students sang with professional performers. Their performance made Mitchell burst into tears and shout, “Oh, it’s beautiful!” During her acceptance speech, Mitchell recalled an argument with her childhood piano teacher. She said as the college reported:

“I wonder if she saw any of this [event]. It’s my moment of revenge.”

“Well, luckily I’m too old to get a swelled head… I wish my parents were alive. My mother in particular would be really proud of this because she wanted me to go to college. I went to art school and I quit after a year. She thinks of me as a quitter. So to see this achievement would be very impressive to her. I wish I could share it with her.”

“We at Berklee are simply joining the whole world in celebrating Joni Mitchell’s impact on music and women everywhere, and on anyone who was forever changed after their first experience with her music – which, let’s face it, is pretty much all of us.

“Since her debut in the late ’60s, Joni has been a force for change in the industry, blazing the trail for women in music with an unwavering commitment to achieving the status rightfully due her as one of the world’s great musical artists.”

Last month, Mitchell took part in a surprise 13-track tribute show at the Newport Folk Festival. It was the singer’s first public performance since 2013. She retired when she suffered from a brain aneurysm in 2015. Her record label boss later said there’s more to come from Mitchell, saying:

“She is really getting back into the swing of things.”