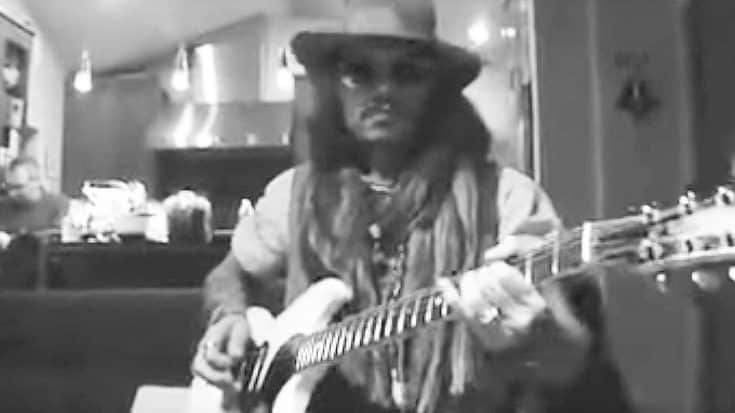 Jack Sparrow can shred it with the best of them!

Superstar actor Johnny Depp is best known for starring in movies like Blow, Alice In Wonderland, Charlie and the Chocolate Factory and the Pirates of the Caribbean series. But few people know that Johnny is also a pretty damn good guitar player. Prior to his acting career taking off, Depp was a part of a band called Rock City Angles, and as of late, is a part of the band Hollywood Vampires with Aerosmith’s Joe Perry.

While hanging out backstage with Alice Cooper, Johnny Depp picked up one of his guitars and showcased his skills by shredding an amazing improvised solo! Johnny has some serious guitar skills, which makes you think about why his music career hasn’t out shined his acting career. Not to put down his acting, because he’s one of the best in the business, but you have to wonder what happened that caused him to focus on movies more than music! It’s clear that the man is multi-talented, and we’d love to hear more from his music career!

Check out the amazing solo down below, and let us know what you think!