John Mayer – All Along the Watchtower 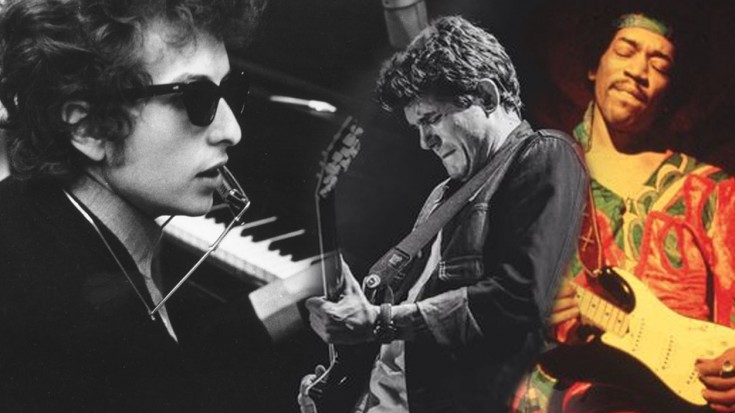 “All Along the Watchtower” was written and recorded by Dylan and initially appeared on his 1967 album John Wesley Harding. Since the late 1970s, he has performed it in concert more than any of his other songs, and many different versions appear on multiple live albums.
This song wasn’t made popular until Jimi Hendrix remade it. Dylan liked Hendrix’ version better than his own so much he started playing his version other than the original. The song was sped up by Hendrix and the harmonica parts were switched out with guitar.

Dylan explains the song… “This is about changing established society, starting in the middle of a conversation between two people (the Joker and the Thief). The Thief sympathizes with the Joker, who wants to escape his position in life and hates the values of society.”

Now, I LOVE John Mayer. I think he is one of the best guitar players of this generation. He is bluesy, emotional, and brings a vibe of authenticity. Something I feel we have somewhat lost since the majority of our Guitar Gods left us… Other covers include; Lenny Kravitz, Pearl Jam, Dave Matthews Band, U2, and Eric Clapton.

There must be some way out of here,” said the joker to the thief,
“There’s too much confusion, I can’t get no relief.
Businessmen, they drink my wine, plowmen dig my earth,
None of them along the line know what any of it is worth.”

“No reason to get excited,” the thief, he kindly spoke,
“There are many here among us who feel that life is but a joke.
But you and I, we’ve been through that, and this is not our fate,
So let us not talk falsely now, the hour is getting late.”