John Legend Performs A Cover Of “Bridge Over Troubled Water” That Will Leave You Speechless! 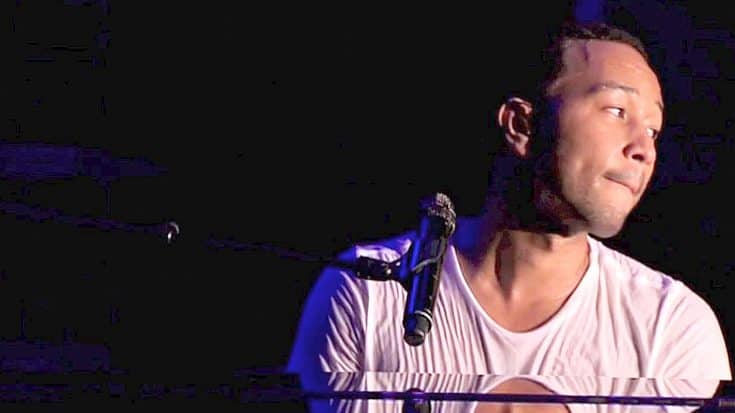 Simon & Garfunkel Should Be VERY Proud!

When thinking of certain artists that have a catalogue of some of the most timeless songs in the world, it’s hard not to think of the legendary known as Simon & Garfunkel. It goes without saying that these two essentially changed the game in terms of songwriting. They are two of the most talented and iconic musicians to literally ever walk the face of the earth. They are some of the best, pure and simple.

One of their most iconic songs that reigns true even to this day is Bridge Over Troubled Water. This beautiful masterpiece of a song is still regarded as one of the most peaceful and angelic songs ever written by the aforementioned duo, as you’d expect from them.

Even 47 years later, Simon & Garfunkel play this song like only they can, but there is one musician who plays a truly amazing version of this song!

What you’re about to watch is a video in which the iconic John Legend takes to the stage and performs a beautiful cover of the aforementioned song Bridge Over Troubled Water in front of thousands of people. Just close your eyes and listen to this beautiful piece of music. Watch below.