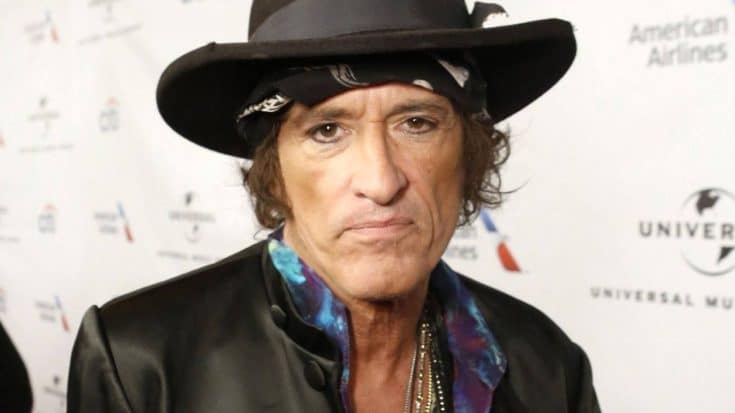 In 2014, KISS’ Gene Simmons said in a statement that rock was dead. Meanwhile, this year, Aerosmith’s Joe Perry contradicted that statement and said bullshit.

In a recent interview with VW Music, the guitarist disagreed with the notion that rock’s popularity had run its course. Perry justified his statement by saying that a genre doesn’t need to be mainstream to be considered popular. He added, rock wasn’t as popular back in the ’60s as well, and people got into it just fine, saying:

“There are some great rock ‘n’ roll bands carrying the flag too, and one example is [Aerosmith guitarist Brad Whitford’s] son Graham, who plays with Tyler Bryant & The Shakedown. I think they’re like kicking ass, and the thing is, there’s a lot of guys who want to get out there and play rock ‘n’ roll guitar and play that kind of music.”

He also shared what he thought was the primary problem with the rock genre, explaining:

“The issue is that there aren’t enough fans to hear it, so it’s only going to go so far, but there are still people there for them to build a following. These new bands, they still headline places, they open up for other bands, and it’s the same thing.”

However, Perry remained hopeful about the future of rock music. He continued:

“It’s not like [these more modern acts are] at the top of the Billboard charts or like the top of the pop charts, but that’s kind of how it was in the late ’60s too.

“All the rock ‘n’ roll that I liked, they didn’t even have a place at the Grammys for it, and there was nothing overly commercial about it. I mean, I saw The Who in a small club playing Tommy. It was only a club, but the place was packed, and it was still about the fans there who wanted to hear it.”

He noted that it was the fans who kept rock alive in every era:

“It’s the same now, those fans are still there, and that’s what’s really keeping it alive. I mean, if it wasn’t ‘classic music,’ it wouldn’t be ‘classic rock,’ and it wouldn’t be as big as it is.

“I still see it, people are out there buying artists’ rock catalogs, and paying stupid amounts of money because they know that it’s going to keep getting bigger, and bigger, and bigger. So that tells me rock ‘n’ roll is not dead.”