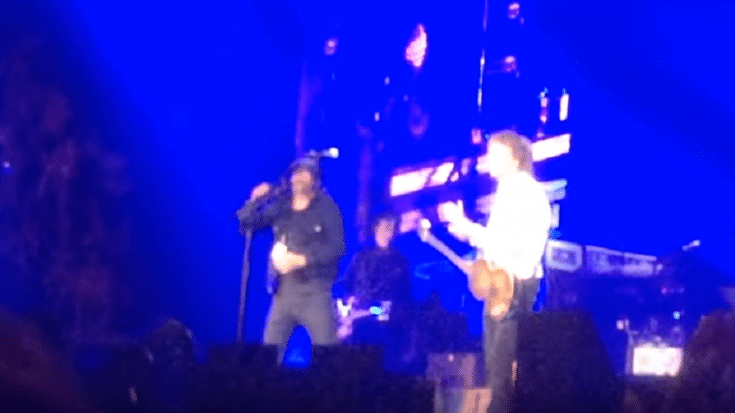 The crowd didn’t see it coming!

Over the years, talk show host Jimmy Fallon has built a relationship with many musicians and celebrities. His job allows him to interview, and become friends with these people, and thus has led him to do some pretty awesome stuff.

A prime example of this, is when he joined Beatles legend Paul McCartney on stage to cover an all-time classic! Jimmy Fallon jumped on stage and did a duet of “I Saw Her Standing There,” and it was phenomenal! Jimmy actually sounds pretty fantastic! His voice isn’t that bad, but what really makes this performance is the energy behind this performance! Just watching the video, you can feel the energy of the song and it’s pretty ridiculous! Both Paul and Jimmy are giving it their all, and the sound is thunderous.

Fun Fact: John Lennon and Paul McCartney started writing this in McCartney’s living room after they skipped school one day, with Paul writing the majority of this song in September of 1962.

“I Saw Her Standing There” is a classic through and through. It topped the charts for several weeks and even ranked at #139 on the Rolling Stone magazine’s “500 Greatest Songs of All Time.”

“Here’s one example of a bit I pinched from someone: I used the bass riff from ‘Talkin’ About You’ by Chuck Berry in ‘I Saw Her Standing There’. I played exactly the same notes as he did and it fitted our number perfectly. Even now, when I tell people, I find few of them believe me; therefore, I maintain that a bass riff hasn’t got to be original.” – Paul McCartney

Even at his age, Paul McCartney still has it. Good thing Jimmy Fallon can keep up with him!