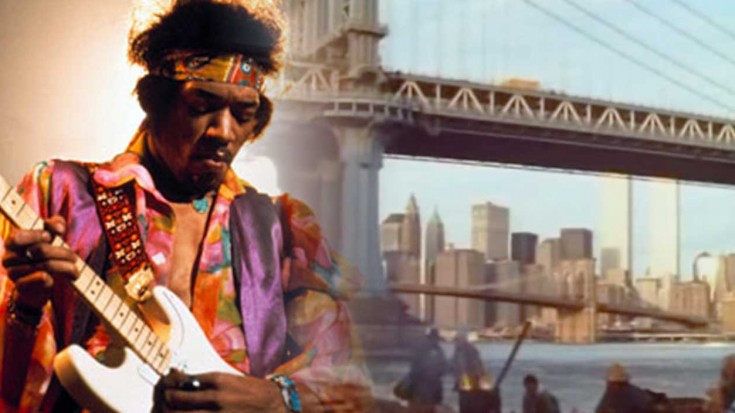 Crosstown Traffic was released in 1968 and written by Jimi Hendrix and is one of his more popular songs. It was actually the second single released from the album Electric Ladyland and hit some pretty high levels on the Billboard charts at the time. We’re talking about the number 37 spot in the U.K….a country Jimi would frequent a lot. In fact, he actually had a place there and recorded much of his career there as well.

One thing that’s pretty interesting is that he utilizes a kazoo with line with his guitar. That’s the distinct sound you hear towards the beginning of the song. This was at the expense of a comb and piece of tissue paper. Yes, that’s right.

What Does This Song Mean?

Well, judging from the lyrics and metaphors, and there are a lot, you could conclude it is mostly about sex! In particular, it seems Hendrix is trying to convey a scenario of confusion and chaos, trying to get rid of a girl who isn’t in to it! The “crosstown traffic” reference could mean that it’s hard “to get through to her” meaning, she’s just not that into it, and he’s saying that she better, or else he’s gonna leave!