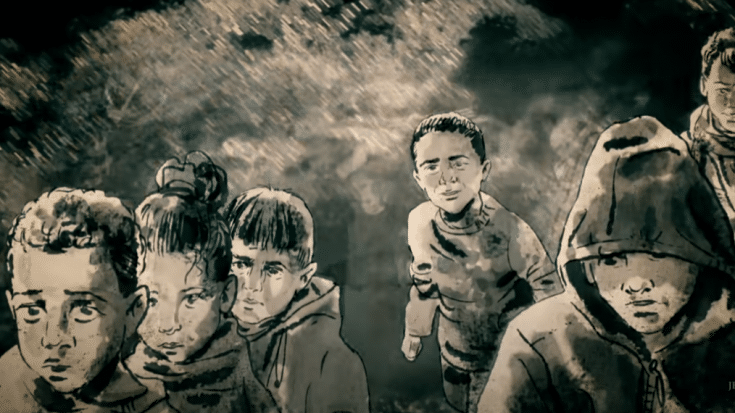 In celebration of the 50th anniversary of Jethro Tull’s fourth studio album Aqualung, the band has released a new rotoscope animated video of its title track. Directed by Sam Chegini, it features frontman Ian Anderson making a cameo. The clip touched on the devastating and heartbreaking effects of homelessness.

Anderson told Rolling Stone, “At the suggestion of my pal, Jakko Jaksyzk of King Crimson, I contacted a young Iranian videographer/director, Sam Chegini.”

“He delivered a unique rendition of the ‘Aqualung’ song with abstract and documentary-type footage,” he continued. “A talented young man with a bright future in the music arts.”

It’s gonna be a busy year for Jethro Tull. Back in March, they held a special livestream event for Aqualung‘s 50th anniversary. They’re also set to release a three-CD, three-DVD box set on April 16 in celebration of the 40th anniversary of A.

Anderson further revealed that he’s still in the process of completing the next Jethro Tull album titled The Zealot Gene – their first new album in almost two decades and a follow-up to 2003’s The Jethro Tull Christmas Album. And lastly, he’s working on a new lyric book called Silent Singing which is slated to arrive in June.