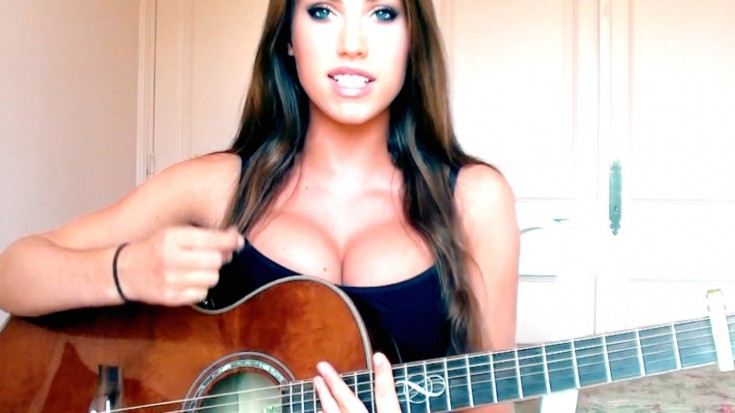 “Crosstown Traffic” was written by Jimi Hendrix himself and included in the album, “Electric Ladyland” and also appeared as part of their compilation in “The Ultimate Experience.” It became a massive hit that several other artists covered this song namely Charlie Daniels, the Red Hot Chili Peppers, Hed P.E., Gil Evans, Living Colour, and even the Ariya Astrobeat Arkestra.

Lee from SongFacts points out: “This song includes a famous kazoo riff, which Hendrix originally performed using a comb and a piece of cellophane. Instead of using sounds of car horns like the Lovin’ Spoonful did on “Summer In The City,” the kazoo simulated the traffic nicely.”

It’s no secret that we’re big fans of Jess Greenberg. She’s an extremely talented musician and we love every single one of her classic rock covers. We’re still wondering though why nobody signed her yet. We’d definitely line up to buy tickets to her concert!