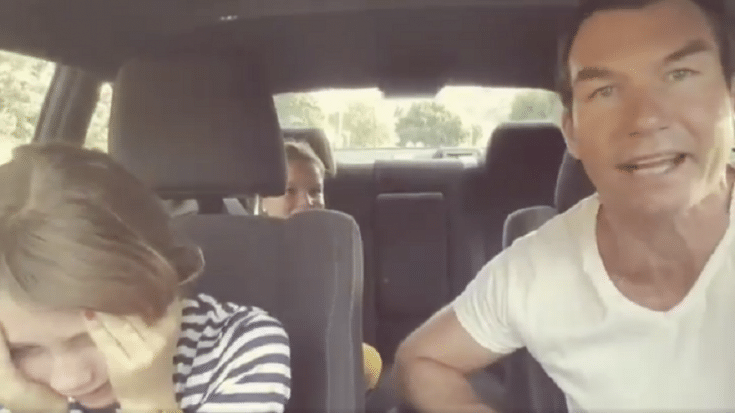 This Is Real Music

Jerry O’Connell is one of the funniest people on the internet, guaranteed. From dad jokes to casual comments about the Kardashian-Jordyn Woods drama, he sure knows how to keep his followers entertained. And apparently, he’s a huge fan of the late rock icon Prince and of course, he wanted to pass that on to his kids.

Just recently, he posted a video of him and his 10-year-old twins, Charlie Tamara Tulip and Dolly Rebecca Rose, on a car ride while blasting the 1984 hit the “When Doves Cry”. And let’s just say, it didn’t turn out as expected. You know those clips of little ones enjoying their parents’ favorite songs? This isn’t one of them.

One of his daughters pleaded, “Turn it dooooooown”. But instead of giving in, he kept singing along and telling them, “This is real music!” He also managed to throw in a dad joke in the middle of the song as he sang, “Maybe I’m just like my father, too bald” while pointing to his head.

At this point, his daughters just wanted him to stop with one of them reminding him, “We’re next to the high school!”

To top it all off, he changed his profile photo to that of Prince. Jerry O’Connell’s Twitter is a gift that keeps on giving.