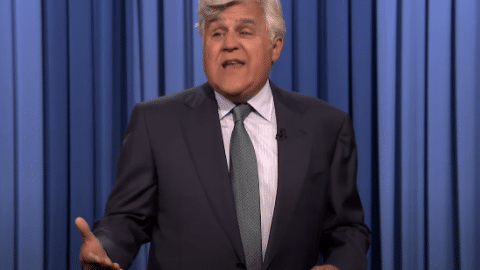 What Do You Think?

Former The Tonight Show host Jay Leno will appear on the big screen. He was just cast to play another legendary TV personality, Ed Sullivan, in the upcoming biopic about Beatles manager Brian Epstein titled Midas Man. This isn’t Leno’s first foray into acting because he already appeared as himself in Dave, Wayne’s World 2 and Wag the Dog.

The movie is currently in production. It briefly went on hiatus this month after Grammy-winning Swedish filmmaker Jonas Akerlund’s exit. Sara Sugarman is taking over as the director.

Midas Man stars Jacob Fortune-Lloyd who will play as Epstein. He’s best known for his recent role as a journalist and chess prodigy in The Queen’s Gambit. Joining him are Emily Watson, Eddie Marsan, Lukas Gage, Rosie Day, and Bill Milner.

Since the story follows Epstein rise in the industry and his influence on music in general, The Beatles’ historic appearances on The Ed Sullivan Show will surely be a highlight of the movie. Their first appearance on February 9 was watched by 73 million viewers, and it became a turning point not just for The Fab Four but all the other rockers from across the pond. We can’t wait to watch this biopic!