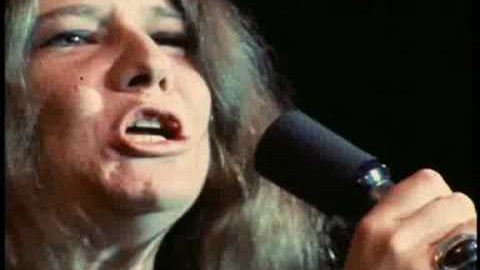 “Ball and Chain” was written and performed by Big Mama Thornton. It didn’t garner much success upon its release but due to Janis Joplin’s cover, it earned wider exposure. When Janis heard Big Mama Thornton perform the song live in San Francisco, she immediately loved it.

According to Wikipedia, Janis’ version in collaboration with her band Big Brother and the Holding Company, their version included “slow minor-key blues with breaks.” They wowed the audience during the Monterey Pop Festival. They had several other recordings of the live versions of this song and included in the albums “Cheaper Thrills,” “Live at Winterland ’68,” “The Woodstock Experience,” “InConcert,” and “Live in Amsterdam.”