James Taylor Talks About The Moon Landing And Advice For Songwriters 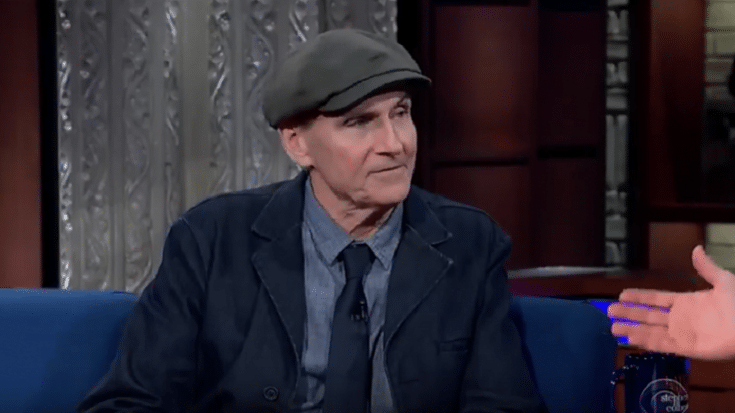 He Has Some Interesting Advice

James Taylor stopped by The Late Show with Stephen Colbert and talked about where he was during the historical moon landing in 1969 and also gave advice to those who want to write songs. Apparently, he was performing in the middle of his set at the Newport Folk Festival when the promoter announced that “human beings have just stepped on the moon.”

And interestingly, he didn’t take his own advice when he was still a young songwriter. Colbert goes on to tell him he’s “accidentally original.” But Taylor clarified that he “was emulating people” that he thought were good.

James Taylor was inducted in 2000 into the Rock and Roll Hall of Fame. He’s also a five-time Grammy Award winner, and has sold more than 100 million albums worldwide. Even at 71 years old, he shows no signs of slowing down. His 19th studio album, American Standard, will be out this February 28 via Fantasy Records.

Taylor said, “I’ve always had songs I grew up with that I remember really well, that were part of the family record collection – and I had a sense of how to approach, so it was a natural to put American Standard together.”