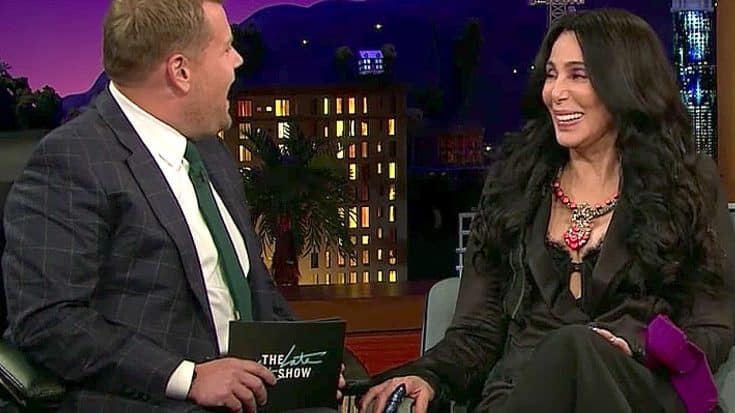 We’ve known Cher to be everything under the sun – an actress, entertainer, chameleon, wife, mom – but the one thing we’ve never known her to be is unsure. In fact, the entire concept is as foreign to us as a Cher concert without multiple costume and wig changes; that sort of thing just doesn’t happen.

Except for the part where it does, uncertainty striking her before two of the single most defining moments of a career that’s spanned more than 50 years. In a 2016 interview with The Late Late Show host James Corden, Cher revealed that not only was she not particularly fond of “I Got You Babe” after late husband and partner Sonny Bono played it for her, she couldn’t imagine it ever being regarded as a ‘hit’ anything!

“Sonny had such a bad voice and it was on the piano, and it just sounded like…I don’t even know. Sounded really…not a hit song,” she laughed before revealing another bombshell:

“But I said the same thing about ‘Turn Back Time.”

Written by critically acclaimed songwriter Diane Warren, “If I Could Turn Back Time” was anything but a favorite for Cher, who first heard the demo and hated it, thinking there was absolutely no way in hell it could be anything but a flop. It ultimately took Warren begging, pleading, holding onto Cher’s legs and offering to pay to have the song she’d written recorded before Cher relented and cut “If I Could Turn Back Time” in two takes, giving way to a global hit that would serve as her comeback.

“Diane Warren did the demo and it was terrible! As much as I love her, it was just…and then finally she said, ‘I’ll pay for it!’

It never ceases to blow my mind the way even the most brilliant of entertainers face that kind of uncertainty, but we’re pretty damn glad Cher pushed through her initial feelings and went for it – there’s no telling what would have happened if she’d stood her ground!