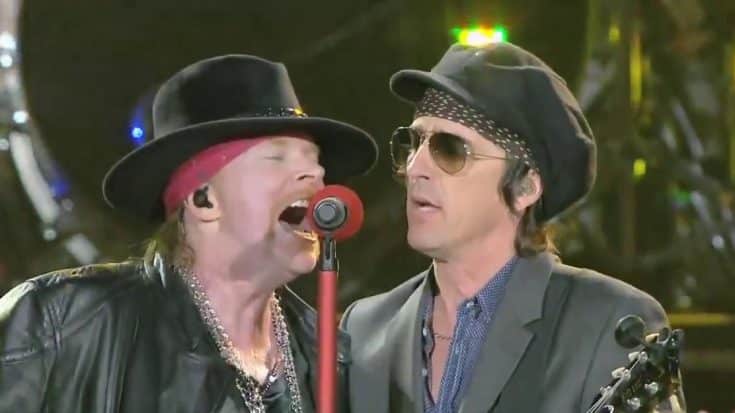 Will A Reunion Finally Happen?

Back in 2018, Izzy Stradlin opted out of the Guns ‘N Roses reunion because “Sometimes things don’t work out.” Earlier this year, former Guns N’ Roses manager Alan Niven accused Axl Rose and his greed for being the reason both Stradlin and Steven Adler were cut out of the tour.

A few days ago, in an episode on Rock Talk With Mitch Lafon, Niven revealed his thoughts on the possibility of Stradlin reuniting with the group for the Louder Than Life festival which will be held in Louisville, Kentucky.

“I’m not a betting man – I think gambling is the most ridiculous human occupation of all, but I would bet and I would gamble on this one.

“I would lay dollars to doughnuts that it’s gonna be a genuine reunion and that they’re hoping to get Izzy on stage, not just for a soundcheck, but for performance.

“And I think it’s very much a, ‘Let’s see how it goes, let’s see if Izzy’s comfortable, and let’s prep up for the next year.’ I would definitely put five dollars that Izzy’s going to be there.”

On his birthday last April 8, both Slash and Duff McKagan took to social media to greet their former band member.

A very Happy Birthday (one day belated, oops!) To @IzzyStradlin999 !

After all the fiasco caused by Niven’s interview, Izzy Stradlin broke his silence and posted his first public comment. He simply said, “Thank you everyone! All the best to you! Izzy.”

Thank you everyone !
All the best to you !
Izzy

We still don’t know whether he’ll perform with GnR again or not so we’ll just have to wait and see.