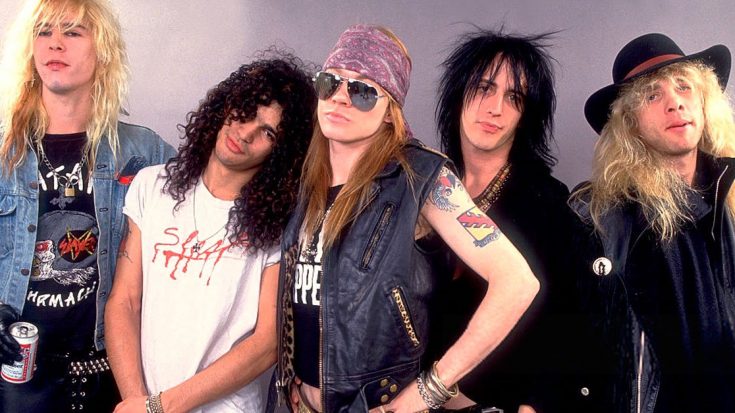 With a rock solid lineup that includes cameos from former drummer Steven Adler and features 3/5 of the band’s classic lineup, it’s pretty safe to say that Guns N’ Roses have everything they need right now – which is why you can expect to never see former guitarist DJ Ashba in the picture again.

Ashba, who played in Guns N’ Roses from 2009 to 2015, left the band last summer to focus on his passion project SIXX:A.M. with former Mötley Crüe bassist Nikki Sixx and is extremely happy doing so; citing the invaluable life experience gained from working alongside Axl Rose for 6 years and living out his childhood dream of one day joining his favorite band, Ashba revealed in an interview this week with Ireland’s Overdrive that not only is the band ‘doing great’ without him, he has zero plans to ever rejoin Guns N’ Roses – not even to fill in

Overdrive: “If you got the call to jump back into Guns N’ Roses, or even to fill in for Izzy [Stradlin] for a couple of shows, would you do it?”

Ashba: “To be honest, I think they are doing great without me, and really, I don’t see myself going back to Guns N’ Roses ever again. Those days are over for me.”

Judging by the fact that DJ Ashba wasn’t approached to be part of the reunion tour lineup, we had a feeling that we wouldn’t be seeing him around and besides – SIXX:A.M. is gearing up to release a brand new album in just a few days’ time, so Ashba’s got some pretty awesome things coming down the pipeline in terms of his own career. In addition, no one’s happier to see Guns N’ Roses – sans Izzy Stradlin – working out their differences to bring fans that much needed dose of hard rockin’ nostalgia than DJ.

“I’m extremely happy about the fact that those guys have sorted out their differences and can give the fans a chance to witness that chemistry that we all know so well from the early days.”