Is Another “Big Four Tour” In The Works!?—Dave Mustaine Has Your Answer! 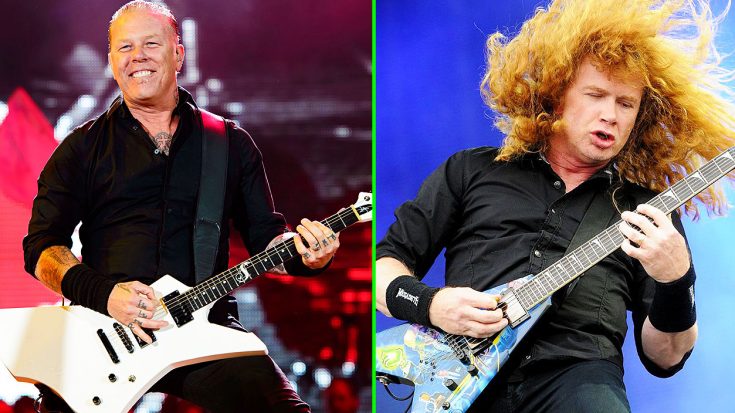 Please Let This Be True!

Everyone in rock n’ roll and metal knows who the Big Four are. If you don’t, then we’ll help you out. The Big Four are the four biggest metal/hard-rock bands. They include Metallica, Megadeth, Slayer and Anthrax. At one point in history, all of these bands lined up together for an epic tour for the ages. Over the years, they have crossed paths on tours, albums, and even some members joining or collaborating with each other.

Recently, Megadeth frontman Dave Mustaine opened up about the possibility of another “Big Four Tour!” All four bands have recently found new life with new music and albums, so it wouldn’t necessarily be a stretch!

“I think that the ‘Big Four’ thing that we did, it was really important. It was necessary for a lot of different reasons. You know, if it happens again, that would be great. If it doesn’t, the people who got to see it got to see something really remarkable. Am I supposed to doing it? You know, it would have to be the right thing. I think that, you know, Megadeth is at a place right now where we’re successful to a degree where we would be happy continuing to do what we do on our own. So if we’re gonna do another ‘Big Four’ thing, I would want it to be something where we walk away as content as Metallica does from something like that. It’s not Metallica and three other dudes.”– Mustaine said.

The last show the Big Four played on tour together was at Yankee Stadium back in 2011! Hopefully everything works out, and we could all experience this great occasion once again! It would be insane!