In Case You Need Proof Steven Tyler Is Perfect, Here Are 7+ Photos Of Him With Dogs 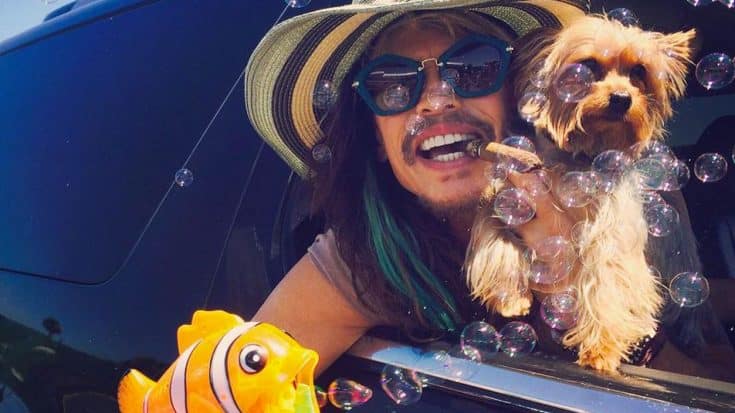 How Precious Is THIS!

If there’s anything we love more than Steven Tyler, it’s cruising Steven’s social media to see what the 70-year-old rock legend, sex symbol, and all around good guy is up to. Some days he’s hanging out with his daughters, others he’s playing the role of grandpa and sometimes, if you’re lucky, you’ll catch some fun behind the scenes antics before he heads onstage.

Our absolute favorite moments, though, are hands down the ones where Steven’s caught on camera spending some much needed quality time with dogs! Whether they’re his dogs, a Yorkie and Morkie named Butch Cassidy and The Sundance Kid respectively, or special furry friends who stopped by to hang out with their favorite rockstar, we can’t get enough of how incredibly precious and heartwarming these photos are. Check them out below, but be warned: they’re too cute for words!

THIS IS WHAT LOVE LOOKS LIKE…#LOVEISYOURNAME

#NATIONALDOGDAY BROUGHT TO YOU BY WUFF RADIO pic.twitter.com/MP1tltNtOM

And our personal favorite…

IT’S THE FIRST DAY OF THE REST OF YOUR LIFE.. DON’T FORGET TO HAVE FUN TODAY. pic.twitter.com/mZDl18jYpU

Too. Precious. For. WORDS! If that wasn’t enough cuteness overload for ya, check out the video below where Steven’s precious pups are the star of the show when they make their live television debut on Late Night with Seth Meyers!