Impressive Live Rendition Of “Se a Cabo” By Santana At Tanglewood 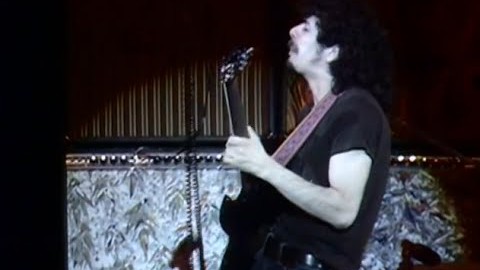 “Se a Cabo” was written by José Areas and is included in the album, “Abraxas.” It’s one of the most successful albums of all time and Carlos Santana shows amazing shredding skills. He strikes every chord with power and passion and he puts so much soul into each song.

He has amazing rhythm and powerful riffs and it shows in this particular video. It’s little wonder that most people listen to his music over and over again. This was recorded live on August 18, 1970 at Tanglewood.

“signifies the annunciation of this angel Gabriel to Mary. Mary is the black lady at the center of the cover and Gabriel is the angel with the congas between his legs.” – Santana on the Abraxas album cover

In addition, not only is Carlos Santana filled with so much talent but he plays with such excellent power. Though he’s widely known because of his rock-meets-Latin-American-music genre, he shows versatility in whatever he plays.