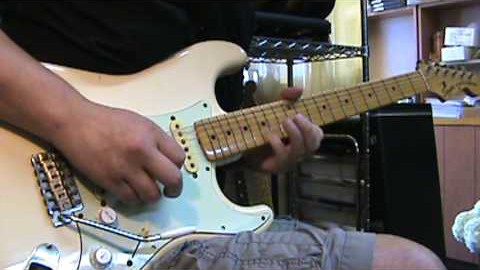 Written by Jimi Hendrix himself, “Machine Gun” was originally included in the live album of Band of Gypsys. Though there’s no studio version of this track, all his live recordings were widely considered as his best performances. According to Wikipedia, this particular song “is a lengthy, loosely defined (jam-based) protest of the Vietnam War, and perhaps a broader comment on conflict of any kind.”

It may be 12 minutes long but Jimi Hendrix’s guitar solos and riffs are absolutely unforgettable. This was first broadcasted on the Dick Cavett Show in September 5, 1969 and the lyrics would often vary with each performance but it’s always about the experience of a soldier participating in a war.

Hendrix introduced this song by dedicating it to “All the troops fighting in Harlem, Chicago and, oh yes, Vietnam.” – SongFacts

This cover is smokin’ hot because he slayed this jam. We’d listen to it over and over again!