Ian Paice And Roger Glover Reveal Deep Purple Are Terrified Of The Future—Here’s Why…. 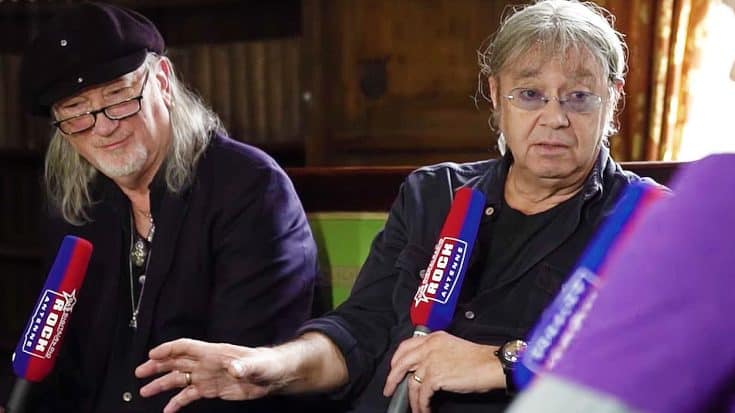 2017 is supposed to be a big year for Deep Purple. In April they have a brand new album titled Infinite coming out, and will be hitting the road for, what they are dubbing, their Long Goodbye Tour.

It’s safe to say the end is nearing for Deep Purple, and recently band members Ian Paice and Roger Glover sat down for an interview and revealed that they are terrified of the end of their band. Paice and Glover said:

“There’s going to be a day in the not-so-far future when it is going to be ‘the last.’ That’s an emotional strain that I don’t think any one of us are brave enough to say ‘This is the date.’ But we are thinking… not thinking, we are realizing that time is creeping up every day that goes on, those numbers mount up. It’s inevitable. I know we feel differently about this, but this will be the last big major world tour. Not that it’s physically demanding; we tour very easily, but it could take two or three years. In two or three years, who knows what the state of the world or us are going to be in. We just have to accept the reality that the decision will have to be made some time in the future, and if we can play everywhere that wants to see us and make sure we covered as many territories as we can. That could take two-and-a-half and three years. That could be the long goodbye.”– Paice said.

The bandmates also elaborated on the fact that it would be difficult to not play music together, and that giving up their dream and lifestyle will be a difficult thing to do.

You can watch the interview in its entirety down below! Check it out.