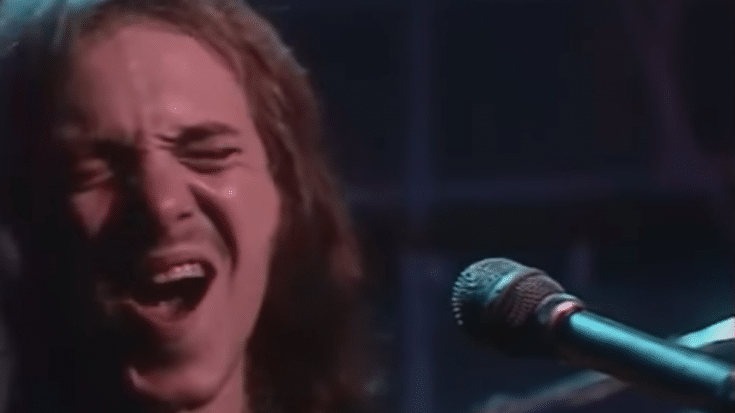 In 1973, Humble Pie performed “Black Coffee” during a broadcast on the British TV program, The Old Grey Whistle Test. The cover was off the band’s double album, Eat It (released the same year). Humble Pie is incomparable. The rock mega-group showcased the epitome of blues-rock and were almost a proto-metal showcase. Humble Pie decided to cover Ike & Tina Turner’s original “Black Coffee,” from their Feel Good album.

Frontman, Steve Marriott (a vocal power-house) switched up the lyrics a bit- but the same feeling of the song remained. It was alive, it was allegorical, and it was as hot as a fresh cup of morning brew. Guitarist, Clem Clempson, was at Marriott’s side and kept spot-on rhythm. Humble Pie was joined by another group that nearly out-shined the intense vocals of Marriott- and that’s almost impossible. Actually, the isolated vocals of each singer were equally impressive- but Marriott had a band to front.

Marriott had introduced the dynamic of adding a group within the group to provide a counter-weight to his spearheading vocals. The British singer had joined Humble Pie in the late 1960s, after fronting Small Faces- where he helped make mainstream the approach to rock singing that still resonates today. Marriott wanted to deepen the connection between rock and blues and often included soul singers instead of pop back up singers.

For the “Black Coffee” performance he invited the extraordinary talented Blackberries. The trio consisted of Venetta Fields (former Ikette), Clydie King (Rolling Stones’ Exile on Main Street), and Shirlie Matthews. The Blackberries were an almost permanent fixture in Humble Pie at that point- and it encapsulated the entire sound of the band’s vision.

The original “Black Coffee” song is about overcoming oppression. Marriott’s version is about his devotion to musical inspirations in the black community. He acknowledges his foreignness to the original Ike & Tina track but also delivers a vocal performance that establishes his understanding of the soul and blues genres.

The Blackberries add to blues testimony- most certainly, and Marriott’s  version of “Black Coffee” was perfectly framed for the rock/ blues crossover.